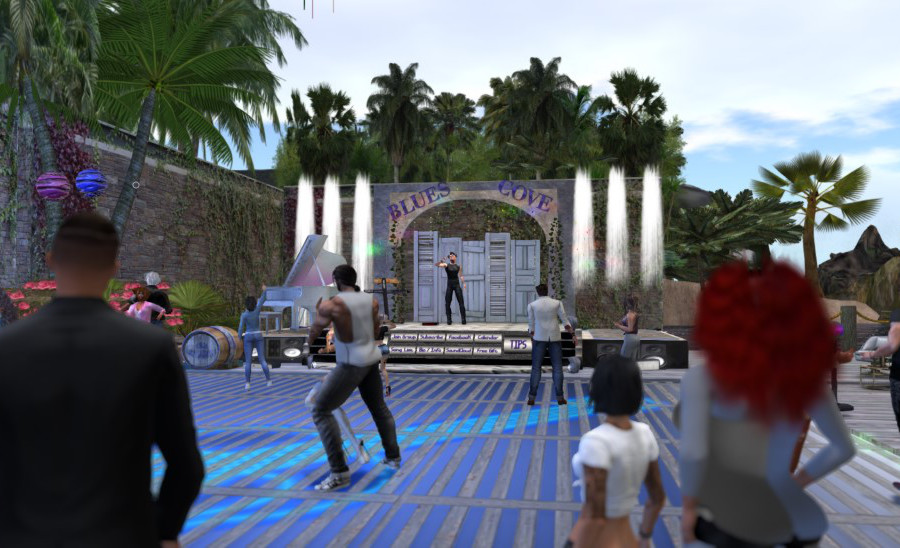 It’s been a while since I last stopped at The Blues Cove, thought it would be good idea to see Jeffah there. And well it was!

Kicking off with Eric Clapton is never a bad idea, but let Elton John and David Bowie follow? It was easy to be dragged in. Pop, rock and even country, his clear and powerful voice plus a very professional sound makes Jeffahs shows very entertaining and catchy. Not to mention that he is a very likeable entertainer. For me surely one of the best voices in Second Life and one of the must sees/hears.

Winner of SL’s Got Talent 2015, Jeffah has performed all over the real world, and quickly became a fan favorite in Second Life. The multi-award winning vocalist performs rock, pop, jazz and more.

The Blues Cove itself is a maritime themed venue with lots of live music in store. Check it out.

Thank you Jeffah, what a great show!