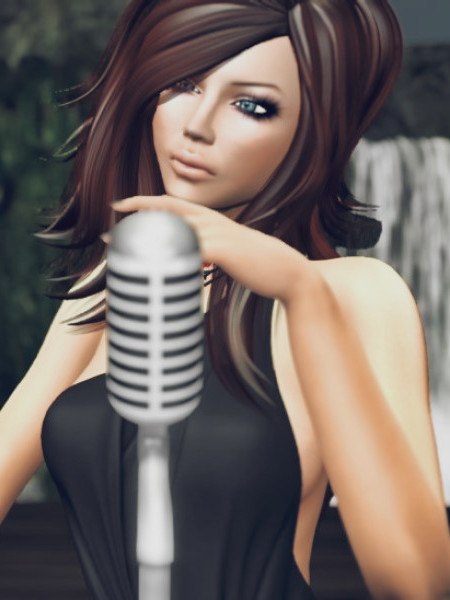 Saturday evening again and Second Life offers as usual a variety of opportunities for live music lovers. For me it was Amforte at Snug Harbor, an artist I’ve wanted to blog about for quite a while now.

A double for the start, Amforte kicked off her show with two songs from Hozier and she had me right away with the first one: I totally loved her version of his “Work song”. With her slightly rough and adult voice she made the song even more intense as the original – goosebumb time. What a start. My further highlights were Kansas’ “Dust in the wind” and Frank Sinatra’s “The way you look tonight”, as she proofed the can even sing jazzy tunes. Again this hour was way too short when she finished as she began, with a double. Amforte completed the set with her originals “I had enough” and “Liar”. Which gave her show that personal touch at the end, almost like a signature.

Performing in Second Life since 2008, Amforte characterizes herself a singer/songwriter, guitar player & track singer. Heavily influenced by Punk and Rock, Amforte can perform almost any genre of music from 70’s, 80’s, 90’s to current Rock, Pop, Country, R&B, Swing, Jazz, Blues, RagTime and even Rap. But her true strength are her originals: through those she reveals her talent of relaying deeply personal experiences in a somewhat abstract sense, to unfold her thoughts and emotions and thus create a bond with the audience. A very honest experience, especially at her all acoustic shows which she plays regularly. As she has no official calender be sure to check her profile or join her group to catch one of her next shows.

Snug Harbor was established in 2010 and has hosted live music ever since. It has six venues, weekly live performances, a board walk, public parks and islands with terraforming rights you can live on. They also host an own 24/7 radio station: snug-harbor-radio.com

Thank you Amforte – what a wonderful show!