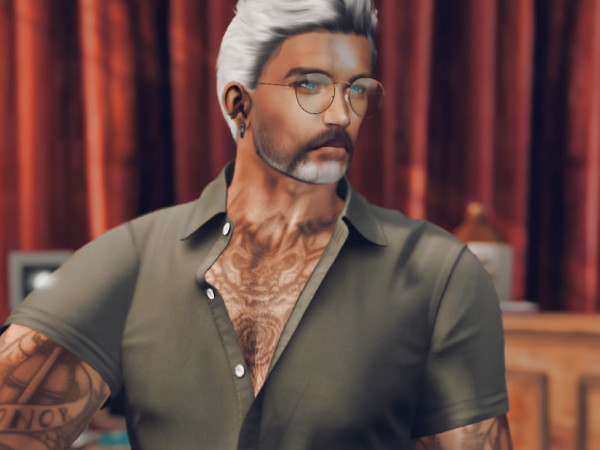 Time flies. It is saturday again and as I was lazy most of the week it is more than time to go out and seek for some live music. I chose DimiVan Ludwig at Fuji Kyoka.

Slightly rough and very distinctive that’s how I would describe Dimi’s voice, not an everyday’s one but easy to listen to. Combined with playing acoustic guitar he created an almost wistful mood, especially with Steve Earle’s “Fort Worth Blues” and John Lennon’s “Imagine”. But not only on strings, about halfway through the show he switched to the piano which made his set varied and even more interesting – all in all a well balanced one. My highlights were certainly Leonard Cohen’s “Halleluja” and Phill Collins’ “In the air tonight”, wonderful. Now and then he did start his songs with a few words, not too many… just enough. At this point, thanks for the Bill Wilson story about “Sultans of swing”.

…one of the veteran live music artists in Second Life.

DimiVan Ludwig is one of the veteran live music artists in Second Life. Performing since 2006, the likeable man from Indianapolis plays guitar and piano withpout backtracks. His course was set very early as he started music lessons at the age of 8: first piano lessons, then trumpet lessons and later he taught himself guitar and drums. All this led to 25 years of professional performances, from which he is now retired. Strongly influenced by The Beatles, Steely Dan, Cat Stevens and John Prine he also writes his own songs which he includes here and there in his sets.

Established back in 2016 as Fuji Taiyou, the venue was closed half a year later to be reopened in 2019 as Fuji Kyoka. Presenting live music regularly, it is strongly recommended to explore also the rest of the japanese/chinese sim with its romantic hangouts, gardens, dojo and the teahouse.

Thank you Dimi for a very enjoyable hour!