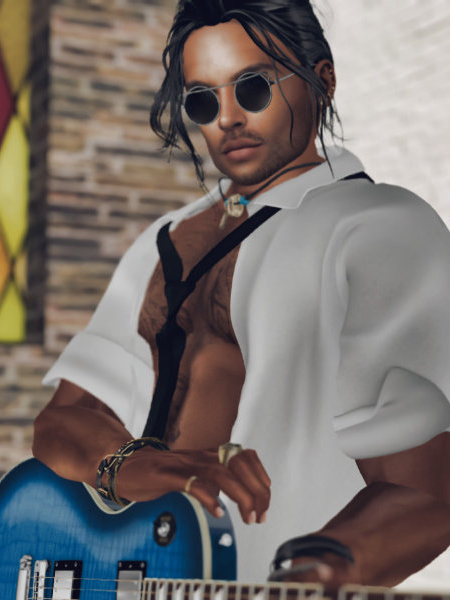 You know, sometimes it’s the very short messages that make you curious. Who needs exaggerated superlatives anyway? Proofed by Lluis Indigo at AdMiRe.

Starting with a classic is never a bad idea, but playing it in an own unique way… extending it you could listen like hours? Exceptional. Lluis plays electric guitar and as a looper passionist he unfolds songs slowly. And slowly means very slowly: the intro of The Animals’ “House of the rising sun” were about 2 minutes, Foo Fighters’ “Sky is a neighbourhood” even more than 3 minutes. Therefore his setlist isn’t long, but with 6 songs you can easily guess that he celebrates each one of them. On top of that the last two instrumental songs are his own originals, showing that he can do more than just interpret and cover. To sum it up, his way of interpreting songs, the slightly deeper voice and the Spanish accent is a super relaxed combination – music lovers will surely enjoy. My tip when it’s your first time with Lluis: close your eyes, lay back and just listen.

From Barcelona, Spain, Lluis is a self taught musician who has been playing with music since he was 7 years old and performing in public since the age of 14. He plays “by ear” but also studied music theory. Known for relaxing and deep sounds that develop and expand slowly, his passion is to improvise and experiment with the looper. He loves to sing the flamenco style called “rumba”, rock and metal covers but also playing his own original instrumental songs.

AdMiRe – which stands for “Adorable Mixed Realities” – is a foundation registered in the Netherlands, organizing a yearly Second Life/Real Life event aka “The Dutch Jam” during a weekend in September. The same-named sim is a pretty accurate rebuild of the location, bringing the jam feeling to Second Life by presenting regular live music shows during the week.

Thank you Lluis – what a blast to end the weekend!