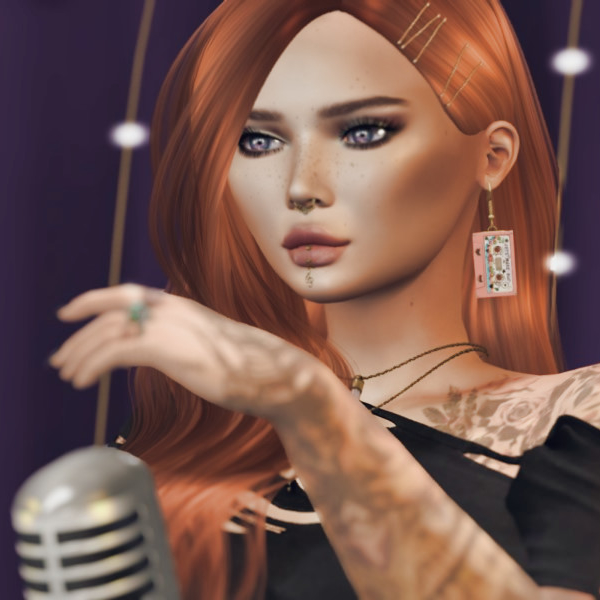 Sunday morning plus Surfside Hideaway is the perfect combination for live music lovers like me and gives you a good start to the laziest day of the week. Amongst others, today it was Seli Blackmore. As expected a good decision.

Seli started the set on acoustic guitar with her original “Morning coffee”, for a sunday morning it couldn’t be more appropriate. Followed by a few more acoustic songs, she switched to backtracks and performed a well-chosen and varied setlist, which took us through rock, pop, country and even some indie like Fitz and the Tantrums’ “HandClap”. No matter if Amy Winehouse, Johnny Cash or Lady Gaga, her distinctive silky smooth voice made the songs easy to listen to and very enjoyable. On top of that, Seli combined the songs with short announcements and you could tell that she had fun – especially with her little laughs in the songs – very likeable and contagious.

…the Bronze Lion in Cannes and the Swedish Silver Egg.

The Swedish/American voiceover artist and singer/songwriter Seli Blackmore started her career in television and radio as a child. During her nearly two-and-a-half decade long career in the voiceover scene, Seli has gained a wide variety of experiences and awards due to her bilingual skills doing an equal amount of Swedish and American English voiceover work – including the Bronze Lion in Cannes and the Swedish Silver Egg. In addition, she spent her early years singing gospel music and from there bridging over to performing arts and musical theatre. She studied and performed throughout Europe and Scandinavia before moving to Nashville, Tennessee, where she sang, wrote and played music. Back in Sweden she is currently involved in a number of projects including her own debut solo album, and after over 10 years in Second Life Seli finally combined the two things she loves: gaming and music.

The Surfside Hideaway, one of oldest live music venues in Second Life, was established back in the year 2009 and is – as the name suggests – a beach-themed sim, offering live music throughout the week at Europe-friendly times (usually around 11am – 2pm slt, on sundays even a morning program from 1am – 5am slt). If you plan a visit there, be aware of the shark.

Thank you Seli for an enjoyable and contagious hour!