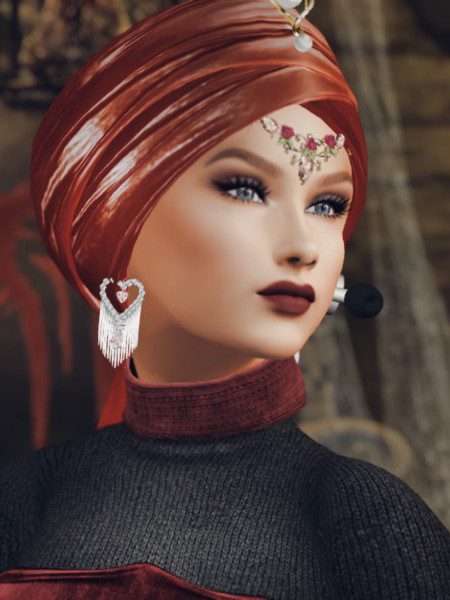 Timezones can be a pain in Second Life… but on the other hand you can find live music almost anytime. So it was another breakfast on the grid for me this saturday morning: Putri Solo at TempleRock Island.

When Putri started her set with Alanis Morissette, I must admit I was a little worried – there are easier starts. But I can tell you she proved me wrong, not even once… but twice. With “Hand in my pocket” and “Uninvited” she performed even two songs of Alanis and her voice knew how to sing both with all highs and lows. Wonderful. If her set was rather quiet from the beginning, Putri surprised me about half of the show once again: she paced up and proved she can even rock: Queen, Led Zeppelin and Deep Purple, not a bad choice at all. On top of this she presented herself during the entire hour (plus 15 minutes of overtime) in a positive mood and with a catchy laugh, charming.

…2nd place at the “Second International Festival of the Music”.

Living in Manila, Indonesia, Putri was raised in a very talented family and has been singing since her early childhood. She has not studied music, but is a self-taught artist with a wide range of pop, rock, jazz and even ballroom classics and singing popular covers of Whitney Houston, Celine Dion or Barbara Streisand. Also being on stage in real life you can find her in clubs and at special events – here in Second Life Putri has been performing a couple of years now, including a 2nd place at the “Second International Festival of the Music”.

TempleRock Island was founded about 2 years ago as a private venue and is inspired by the beautiful island state Mauritius. Besides live music there is also a gacha store, photogenic views on ruins, waterfalls and even a vulcano. Live music shows usually take place on saturdays, sundays and mondays from about 12am – 2am slt.

Thank you Putri for a very entertaining hour!