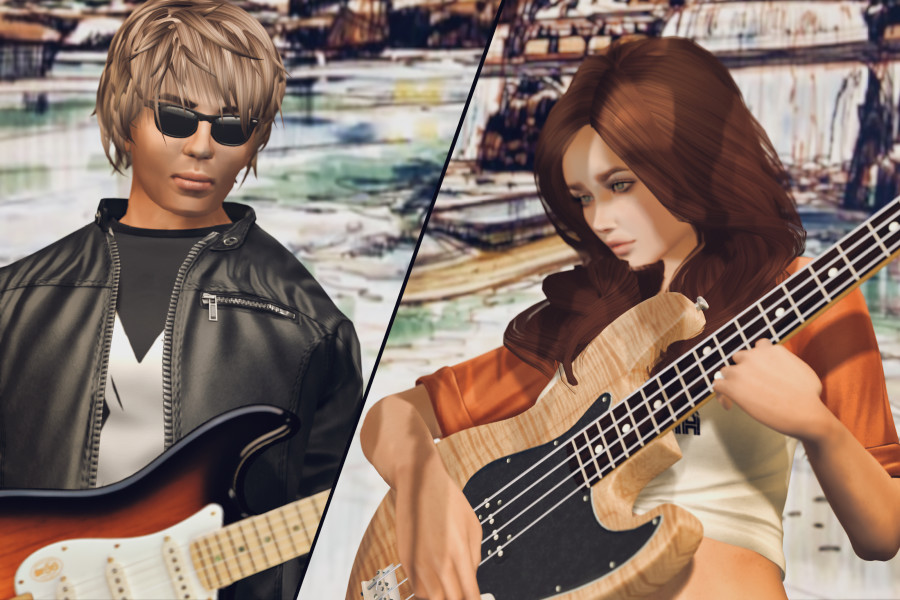 Another Sunday morning at Surfside Hideaway and it isn’t only a place for good live music, but also a perfect refuge on these days for the things that happen outside in the world. Tomorrowland was the band of choice this time.

It’s hard not to be captured by the music of Tomorrowland, which I would describe as a mix of surfer lifestyle and a good portion of the 70s – super easy to listen to. With laid back guitar notes dominating, all songs are originals written by Taiko and Charles, reflecting their positive, joy- and thoughtful attitude with a recognizable note but still varied. I loved the whole set but if I had to pick a favourite, it would be “Perfectly imperfect”, a catchy tune carrying a powerful message about equality and diversity. During the whole show Charles effortlessly used his upper vocal range, which enhanced the harmonious arrangements and made them sound real and a little melancholic.

Tomorrowland is a songwriter duo consisting of Charles Summerset (lead vocals, musical arrangement and guitar) and Taiko Silversmith (lyrics and bass guitar). Friends for over 10 years and about 7.000 miles apart – he lives in Australia, while she comes from the US – they decided to start their own project that reflects the things they love and their musical influences. The duo was founded in the summer of 2019 and has already released their first album and is now playing in Second Life. The two were also connected musically before, as Charles was a member of the former band SOAR (Summerset, Oh and Rhode), while Taiko was their manager. There is no calendar yet, but you can see Tomorrowland at two regular shows for now:

The Surfside Hideaway, one of oldest live music venues in Second Life, was established back in the year 2009 and is – as the name suggests – a beach-themed sim, offering live music throughout the week at Europe-friendly times (usually around 11am – 2pm slt, on sundays even a morning program from 1am – 5am slt). If you plan a visit there, be aware of the shark.

Thank you Charles and Taiko for a beachy sunday morning!