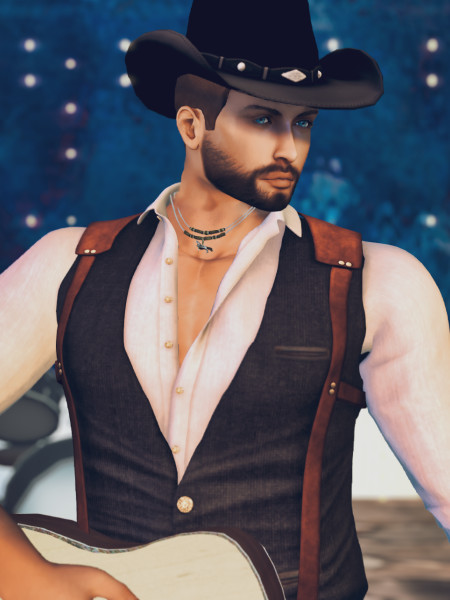 It was a kind of throwback Thursday since it has been quite a while since I last stopped at The Blues Cove, and as I saw the group notice of Bo .W. Shim playing there – there was no need to think twice.

Warming up with some slow country, Bo started easy. With Keith Urban, Kenny Rogers and Co he created a kind of floating feel good mood before he let things get going. B.B. King’s ” Rock me baby” followed by Jimmy Reed’s “Baby what you want me to do”, but it was the Elvis Presley medley “Got my mojo working / Keep your hands off of it” that made me want to dance. His emotional singing style combined with a distinctive bluesy voice was made for this, so it was no surprise for me that there were more Elvis Presley songs on his setlist. Entertaining and chatty, I also liked the way he connected with the audience which built up somehow a real concert experience.

… a special appearance at Tootsie’s Orchid Lounge in Nashville...

Born in Maine, US and now living in Florida Bo grew up in the middle of a family of musicians and has always been entertaining, if only as a class clown. In his eventful musical life he spent 9 years as a roadie singing back up and was fortunate enough to record at the original Ryman Auditorium. Bo even made a special appearance at Tootsie’s Orchid Lounge in Nashville, Tennesee – because of this special connection he enjoys being a part of Tootsie’s here in Second Life as a manager and host. Performing online since 3 years now, he has gotten famous for a good mix of genres from older, classic and traditional country music to oldies rock.

The Blues Cove, founded in 2013, is a maritime themed sim which started out small with DJ’s and progressed to what it is now, an all live music venue. Shows take place from Tuesday to Friday with times varying from 11am to 3pm. Also good to know that it is part of the Second Life sailing community: placed at the Blake Sea which is open water for sailing and also being an outpost with a zone for sailors to rezz boats.

Thank you Bo, what a great show!