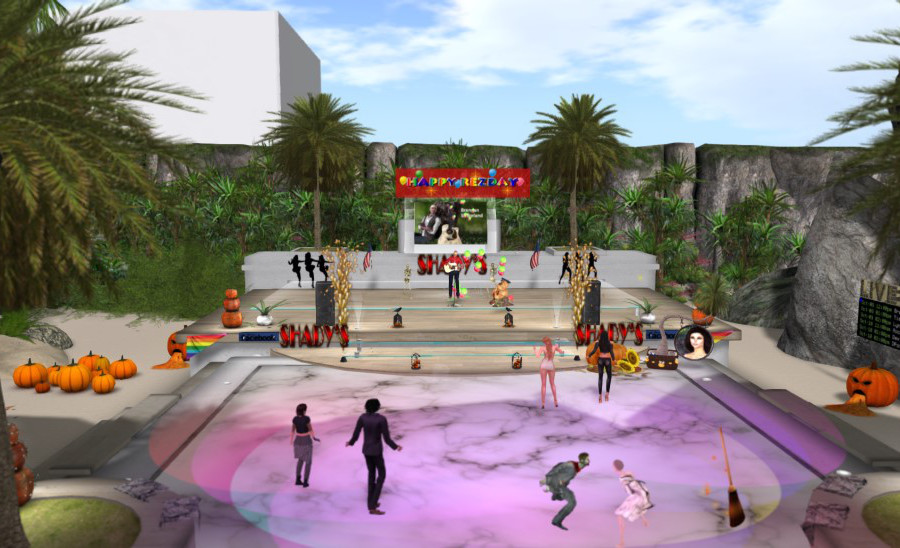 Wednesday – midweek madness? No. As autumn is already here and I was more for a slow and relaxed evening. A perfect match for Brendan Shoreland at Shady’s.

Playing all acoustic guitar, Brendan started with a traditional as an introduction to his show. Followed by more folk songs, he kept his set emotional and relaxed – he even let Sting’s “Fields of gold” and Lou Reed’s “Perfect day” sound like if they were original folk songs. Loved it. The Sound quality was good, sadly his voice was slightly distorted when singing a bit higher – but that did not affect the songs negatively. All in all a very enjoyable hour.

Being an experienced musician, Brendan is performing in Second Life for years. He is an English folk singer/songwriter who plays guitar and does covers of artists including Donovan, Buffy St. Marie, Jacques Brelle and Billy Bragg. His repertoire also includes “unfolk” covers such as Pink Floyd and The Cure as well as he intersperses his set with one or two of his own compositions.

Shady’s was founded as The Shady Place on the 28th of Feb 2018. Specializing in live music and artists, the beautiful coast/beach themed La Rochelle is now home to Shady’s.

Thank you Brendan for a very emotional hour!