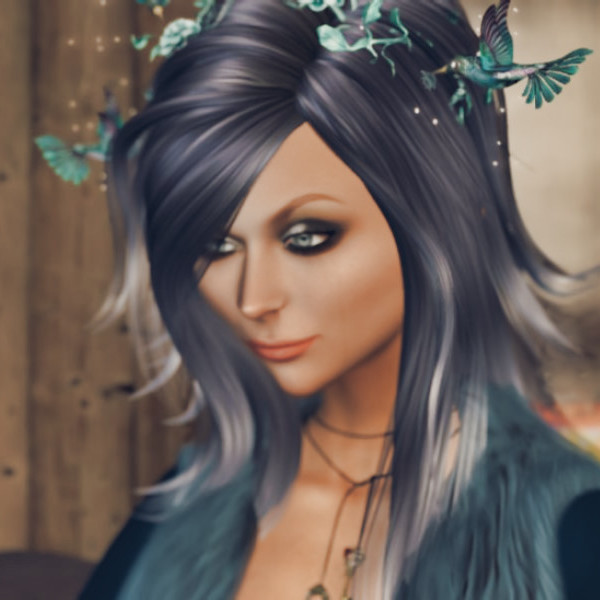 Blues on a sunday evening sounded like a good idea for me and so it was easy to make my choice as I read that Noma Falta is playing at the Smokestack Lightning Blues Club. A very good decision.

End the sunday quietly? No way. Noma gave us no time for a warm up, as she started with Gary Moore’s “Texas strut” and she had us right from the beginning. Powerful and intoxicating I clearly felt her desire to play from minute one. Super catchy, very likeable – Noma is one of the artists with a stage presence where you can’t help to get thrilled. Combined with an excellent sound quality, her bluesy voice and great guitar riffs what more can you expect? The hour with classics from i.e. Thin Lizzy, Fleetwood Mac, B.B. King and The Allman Brothers Band felt more like 15 minutes and ended as it began: with a Gary Moore song. She perfectly finished her show with his “Still got the blues”. And yes, I got the blues all night long!

…member of Second Life’s only 4 piece streaming band “The Quadradix”.

Noma Falta as a lifelong musician and vocalist, has extensive experience for the past 40+ years around the real world on stages, arenas and bars all across the U.S. and overseas. For more than 12 years she has been a singer and played the bass and guitar in Second Life – not only solo but also in dual stream with Liam Wakeman as “The power of Two” and as a member of Second Life’s only 4 piece streaming band “The Quadradix”. Playing blues, rock, soul, pop and jazz influenced tunes, Noma is known for her powerful and passionate performances. As she has no calendar, make sure to join her group or follow her on facebook to catch one of her shows.

Smokestack Lightning Blues Club is a Louisianna – bayou swamp – themed sim which offers mostly DJ’d shows but also a few live music events. Celebrating their 1 year anniversary in July, it is one of the must visits for all bues lovers out there on the grid.

Thank you Noma – what a blast to end the weekend!

“From soul to disco.”
Hedy Patrucci
@ Colour of Whispers